I was not an English major.  My heartfelt essays in high school often came back redlined, oblivious of the content.  My love of reading and journaling came from the only English teacher I liked, Mrs. Geselschap from my junior year.  She let us read what we wanted and often suggested great books.  The journaling habit continues to this day.

I could always write decently when required, yet it was not something I chose to do, especially majoring in the natural sciences.  So I’ve wondered as I have become a writer in my 60’s, with words oozing from my core, where did the ability to express myself in poetry and prose come from?

I have traced this way back to all the letters I wrote as a young woman.  This was in the pre-digital era, the choices for communication limited to expensive telephone calls or letters. The journaling segued into letter writing as I headed off to college and later to Alaska where I spent 10 years living an adventuresome life.  I’d write letters over a span of several days, expressing volumes of thoughts and emotions. Then I’d cast them off into the mail hoping for a response.  When I received a letter, it was such a precious personal gift to read the words of a friend or family member in their own hand.  A handwritten letter is in a sense an artifact of another human being.

Communication is instant now.  We have email, texting and social media at our fingertips.  I think we have lost something with the quantity of communication we have.  It’s convenient but lacking in soul and substance.  Will we judge historical time in the future by emails people exchanged?

Now that I have become a blogger, I’ve realized that in some way,  my blog posts have 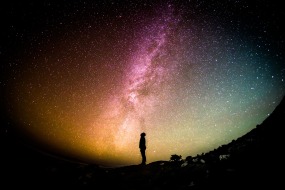 become my letters.  The difference is that they are written on a computer and are addressed to no one in particular. Perhaps they will never be read at all like a message in a bottle. Still it I find comfort in writing them. It is good to know that my words are out there somewhere, hoping to connect. They are my letters to the universe.

The Letters I Wrote

often written over a span

Documented the life of a young woman

Creating her own story

Capturing her memories through

Eyes of naivety and wonder

Were on the front and back of yellow lined paper

Taught me to express myself

Painting my world with just the right prose

So my adventures and emotions

Could be projected into the minds of others

The letters I wrote were personal

A living memoir cast into mailboxes with stamps

Later to be read, perhaps discarded

Or tucked away in old shoeboxes in dusty attics

Inviting the recipient to write a letter back to me

Helped me make sense of my life

Recording my hopes and fears

Anchoring them with words on paper

I needed them, and still do

But no one writes letters anymore 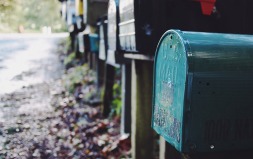 9 thoughts on “Letters to the Universe”

Notes From A Tripod

Does Your Work Matter?

The Zen of Whitewater and Black Holes

Notes on a Wild River

“The Art of Noticing” a Book

When All Else Fails, Bake a Pie

Trying to Keep the Glass Half Full

Live fully and have fun doing so...

Annerose Georgeson
Enchanted by the Wild

Myths, legends, folklore and tales from around the world

An exploration of Harry Smith's Anthology of American Folk Music

Longing for "the endless immensity of the sea"

Poetry From the Heart!