The Earth continues to give

And we take away…

Have you thanked the trees

for the house where you stay

and noticed the birds

who light up your day?

Do you bless the soil

that grows your crops

and the wind that cools you

when the land grows hot?

Are you grateful for the rain

that quenches your thirst

and helped the creatures

The Earth continues to give

and we take away

what have you done for the Earth today?

Earth Day has come and gone.  There was not much publicity in my area.  People pushing shopping carts full of single-use plastic bags stream out of local grocery stores and thousands of coffee cups being thrown away at Starbuck’s every second.  Is it really that much trouble to bring your own?  It’s many seemingly an inconvenience for all too many to practice habits that are kinder to the planet such as reducing the plastics we use and consuming less.  Really, it’s up to the rest of us to start raising awareness.  This has to happen starting in our own homes and communities.  The easiest way is to take up the pen (or keyboard) and make your concerns known to the local paper, city council, and county planning commission.  Our natural resources cannot hold up to our rate of consumption

Years ago I was involved with fighting a silicone chip-making plant that wanted to build in the area. It would pollute and use up our already stretched water supply for a bunch of low paying jobs.  A small group of us banded together and defeated this giant who moved to another state and polluted there. In the community just south of mine the same thing happened with a multi-national waste company who wanted to expand an already polluting dump.  After ten years local citizens recently defeated them.

I have been guilty of complacency these last years beyond donating.  It’s time to make my voice heard again as in my area all the forests are being taken down for vineyards without leaving any wildlife corridors. Many small voices can make a roar.  I was inspired this last weekend by this poem read by Oregon’s poet laureate, Kim Stafford…

Advice from a Raindrop by Kim Stafford

You think you’re too small 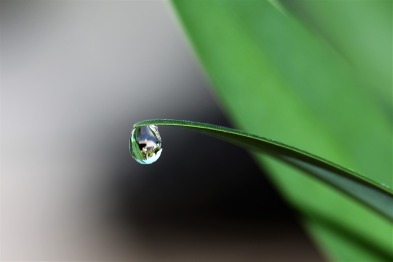 to make a difference?  Tell me

about it.  You think you’re

helpless, at the mercy of forces

beyond your control?  Been there.

just one small voice among millions?

That’s no weakness, trust me.  That’s your

wild card, your trick, your

implement.  They won’t see you coming

Until you’re there, in their faces, shining,

Small, just one small part of a storm that

changes everything.  That’s how you win,

The Art of The Earthworm

The Art of Getting Out of Bed- COVID 19 Version

I Don’t Have Anything to Write About Today

The Art of Launching a Second Blog

THE MATURE ART OF TRAVELLING ALONE.

Sometimes You Get So Confused

Stop here and see if there's something to help you get things untangled.

Settling in the Northwest like the old days. But not.

An Artist Who Writes

Claudia McGill Writes Poetry, Did You Know That?
The Friday Influence

The Road Ahead: The Joys and Challenges of Retirement

Nature, history, & culture in Bend & beyond